FC Rot-Weiß Erfurt and the Erfurt-based digital sponsorship start-up MyFavorito are teaming up. 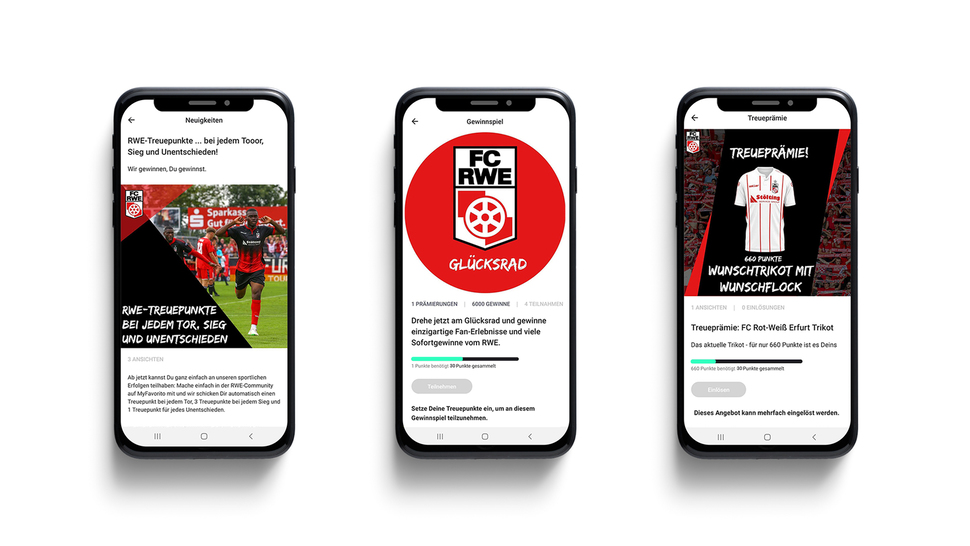 Erfurt 2 November 2022. FC Rot-Weiß Erfurt and the Erfurt-based digital sponsorship start-up MyFavorito are teaming up. The partnership aims to better activate Rot-Weiß fans via a digital community, offer more innovation to sponsors and generate additional revenue. With MyFavorito, FC Rot-Weiß will also reward its fans for various valuable actions and offers companies in the region new opportunities to grow their customer base and increase sales.

As of today, FC Rot-Weiß Erfurt is launching its own community on MyFavorito myfavorito.com/fcrwe. More than 3,000 sports clubs (including VfL Bochum 1848 and Bologna FC 1909) and more than 300 companies worldwide are already using the MyFavorito platform, which specialises in fan activation and fan-empowered sponsorship.

More fan activation
With MyFavorito, FC Rot-Weiß Erfurt will reward its fans and members with RWE points for various valuable actions. The club will also use the MyFavorito loyalty system to reward its fans for their support and to share in the club’s achievements and success — fans automatically collect points for every goal, win and draw. Fans can also collect RWE points by buying tickets, fan merchandise, supporting the team on away trips, becoming a member, taking part in the RWE image contest, reading and engaging with social media content, inviting friends to the community and many other valuable activities.

More opportunities for sponsors and participating companies
Above all, fans can collect RWE points by shopping with sponsors and participating companies, watching promotional videos, reading news, answering surveys or taking part in many other activities that generate new revenue for the club. Businesses can create various offers for Rot-Weiß fans that will appear in the club’s digital community, increasing awareness among fans, generating more customers and supporting local club sport at the same time.

Attractive loyalty rewards and gamification
Fans can then redeem their RWE points for exclusive fan experiences or attractive loyalty rewards including vouchers for the RWE fan shop, RWE jerseys, backpacks, a meet and greet with a player, or a personal picture with the team in the Steigerwald Stadium. Fans can also use their loyalty points to participate in the FC Rot-Weiß Instant Prize Draw and immediately win small and large prizes week after week.

"Thanks to the partnership with MyFavorito, we can offer our fans further added value on an innovative, digital platform and inspire our sponsors and the companies in the region with new innovative products," says Daniel Winge, Office Manager at FC Rot-Weiß Erfurt.

"The partnership with FC Rot-Weiß Erfurt - our home club - is not only another milestone for MyFavorito but also an affair of the heart," says Dirk Schlenzig, Co-Founder and CEO of MyFavorito, about the start of the cooperation. "We are particularly looking forward to interacting with RWE fans and businesses in the region. With our radically different sponsorship approach, we want to create added value for everyone involved and promote local club sport."

Open to all businesses
Interested businesses from all sectors — such as retail, eCommerce, hospitality and many more — can register on the MyFavorito platform https://www.myfavorito.com/fcrwe and connect with the FC Rot-Weiβ community. Businesses can create various offers for Rot-Weiß fans, generating more customers and supporting local club sport at the same time. Members of the FC Rot-Weiß community can redeem these offers and directly support their favourite club. 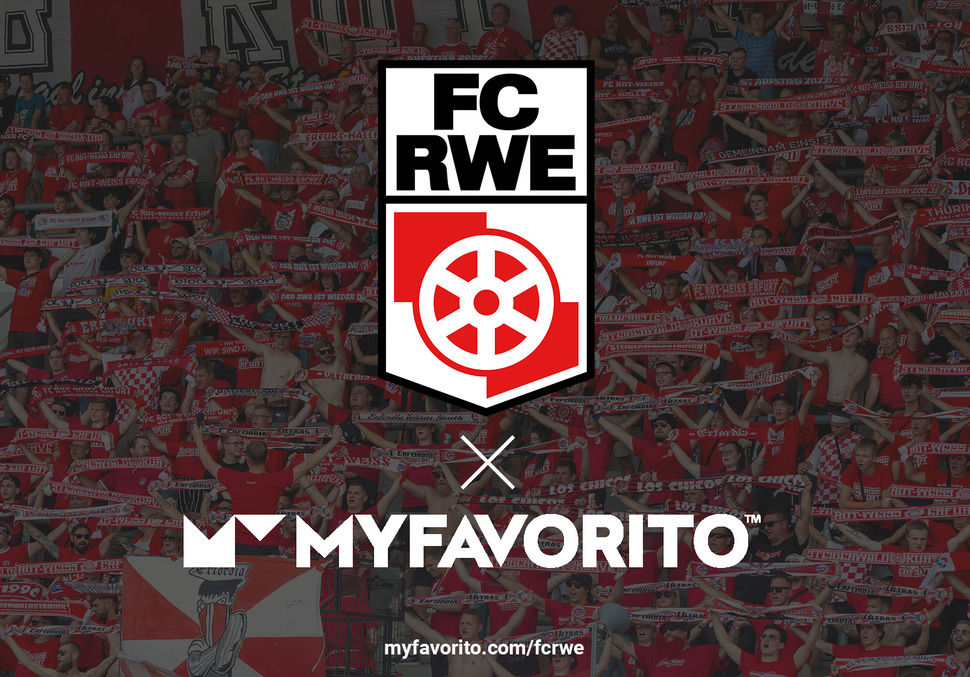